Some days ago ago Apple released Swift as open source language with instructions for Ubuntu Linux 15.10. So I decided to do a couple of simple benchmarks just to test some basic general purpose things like cpu, functions, read/write and not sequential access to arrays, concurrent parallel execution where possibile. 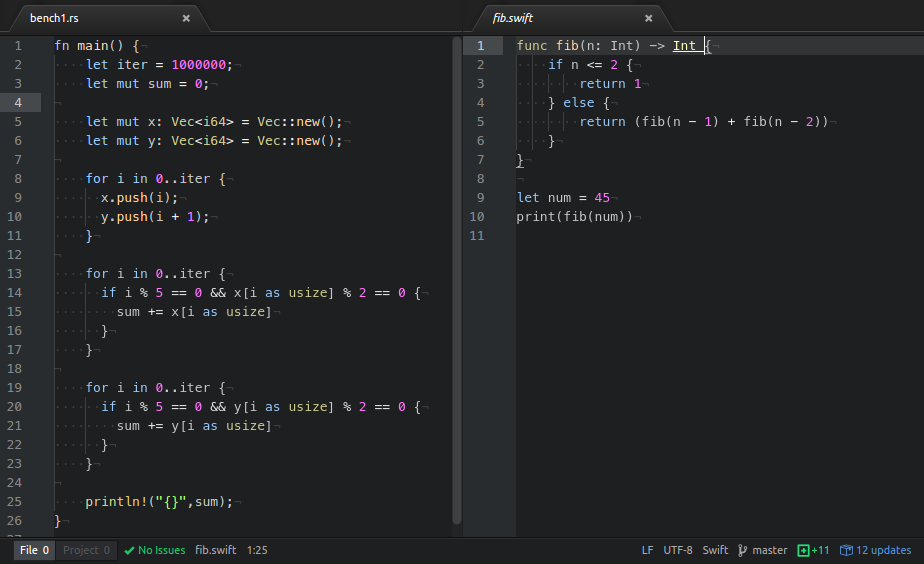 UPDATE: Here is the source code, somebody asked for it, all the tests look almost the same in all languages. I've also add gccgo as compiler with "-O" optimization

It generates 2 growable arrays with incremented numbers, then it returns the sum of some of their elements.

Because 3 programming languages are:

In all test is measured the total execution time with the time command. In NodeJS / Javascript the value is compilation+execution, all tests are run 3 times and the medium result is taken and rounded. 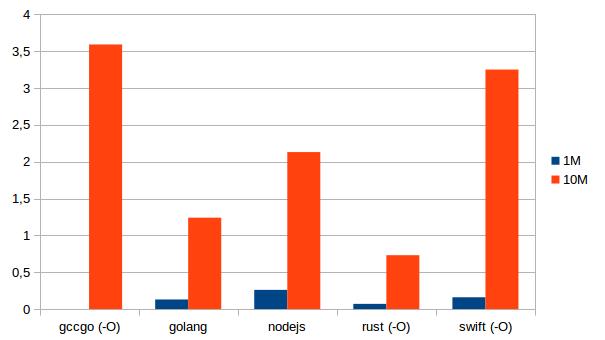 In the first test the winner is Rust, both Rust and Swift get a noticeable boost if the binary is compiled with "-O" flag. 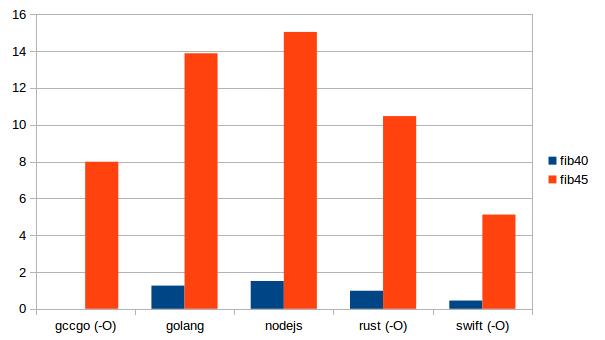 Here the fastest is Swift, then Rust. It is a bit weird because they both compile in LLVM.

All these new user-friendly typed languages have a very similar syntax. In Rust you have much more control in your code and some conversions aren't done automatically, I had to specify i as usize to use that integer as index.
In Go you have a specific operator <-to deal with channels. 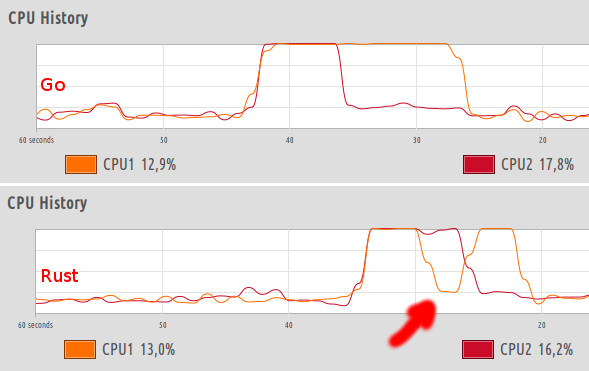 Use cases and opinions

General use case: choose the one you like more, it is mostly a syntax and ecosystem issue.

I didn't compare these languages to dynamic languages like ruby or python because there are already a lot of comparisons with them.

Personally I like JavaScript and its ES2015, ES2016 and I don't have a preferred typed language.